Spirit House is a non-narrative comic book I began making in late 2010. I'd become interested in masks years earlier, growing up in Africa, and working next to an African artifact shop in Chicago. One particular anti-witchcraft mask from the Congo became my obsession. I still rarely pick up a pen without drawing that image first.

While traveling the world with my wife Susan in early 2010, I came across spirit houses in Thailand and Cambodia. They're little replicas of people's actual houses, outside of their homes, intended to keep spirits out. The spirits are appeased with flowers small gifts, and food.

When Susan and I returned from traveling, we moved from Chicago to Portland, Oregon, and settled into a little house. We soon found out that the previous tenant, Mike (affectionately known as "Catman" in the neighborhood), had died inside just weeks before we moved in. A candlelight vigil had been held on our porch just a few days after his death. In a way, I feel like we live in a spirit house, as Catman makes his presence known from time to time.

Spirit House, the comic book, was born out of these ideas. Although the Congo anti-witchcraft mask and the Thai and Cambodian spirit houses were made to ward off spirits, the aim of these drawings is to come full circle. Think of them as little individual offerings to the spirit world. And Catman. 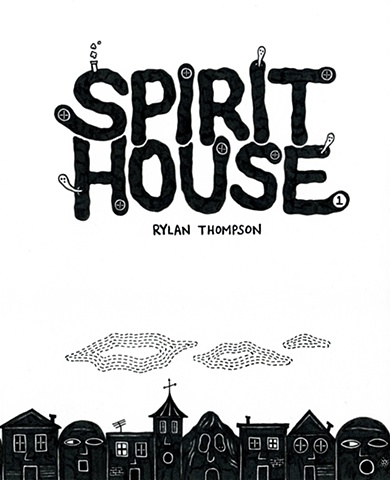 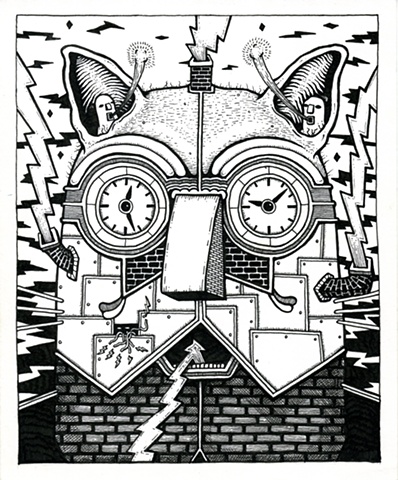 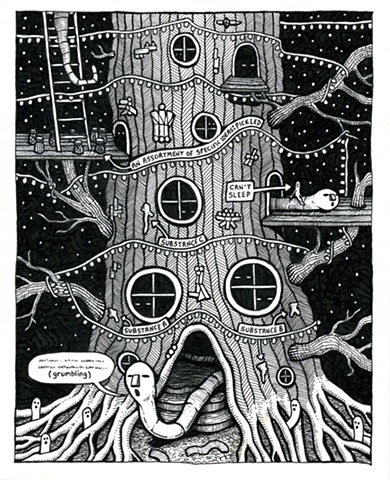 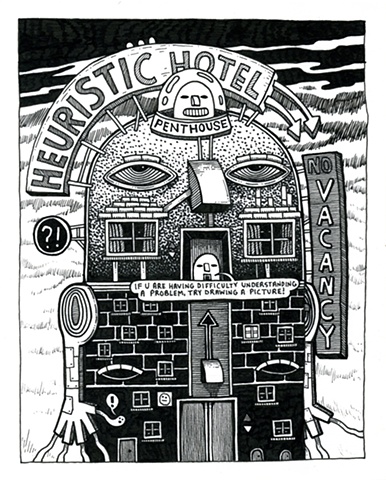 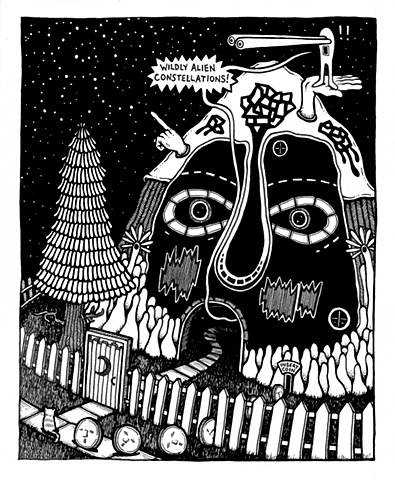 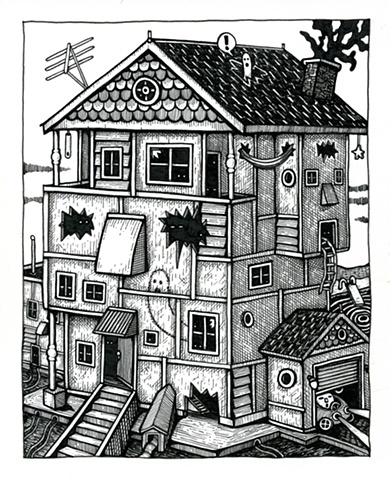